A couple took a maternity photo with a horse and had an all-time photo remembrance of their life. Neither one of them knew that a photobomber would join them in their beautiful day photoshoot.

Amanda and Phillip run a farm in Indiana, USA.  The two decided to take advantage of the precious time while waiting for their soon-to-be-born baby and take pictures with their beloved horse.  A passionate photographer visited the farm and took the opportunity to have a simple photoshoot. 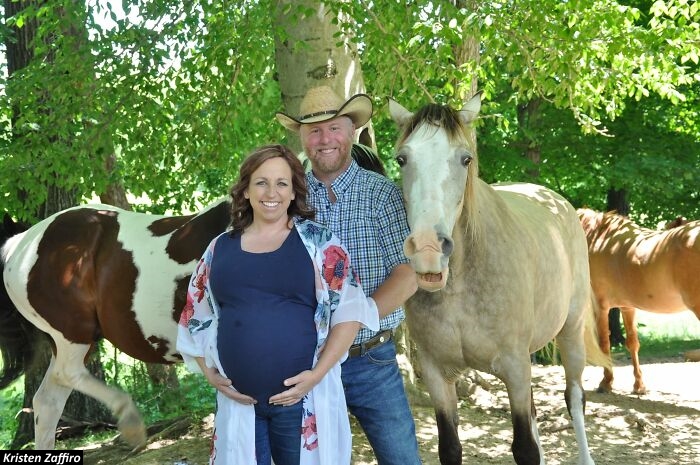 However, it was not easy to take the various poses and expressions that a professional photographer wanted.  The artist kept shouting “SMILE!” and the two horses silently stood by.  In response to the photographer’s continued request, Phillip opened his mouth wide open and said, “Don’t rip our mouths open…” 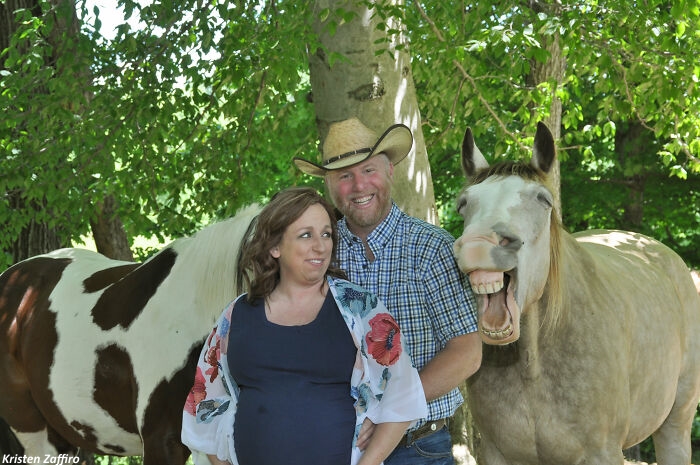 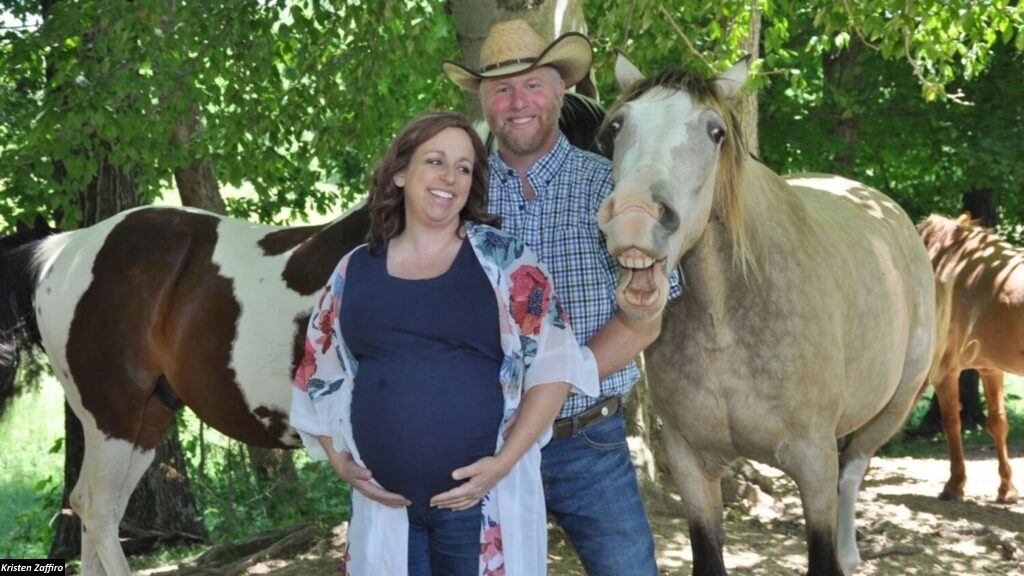 A horse named Buckshot, who stood next to Phillip, suddenly burst out into laughter.  His eyes were shut as he opened his mouth as wide as he could; reveal his pink gums and strong front teeth.  Despite the sudden action of the horse, Phillip continued to maintain an awkward smile that looked like he was going to cramp.  Amanda looked at Buckshot with a puzzled expression, “What is it, what’s wrong with him?” 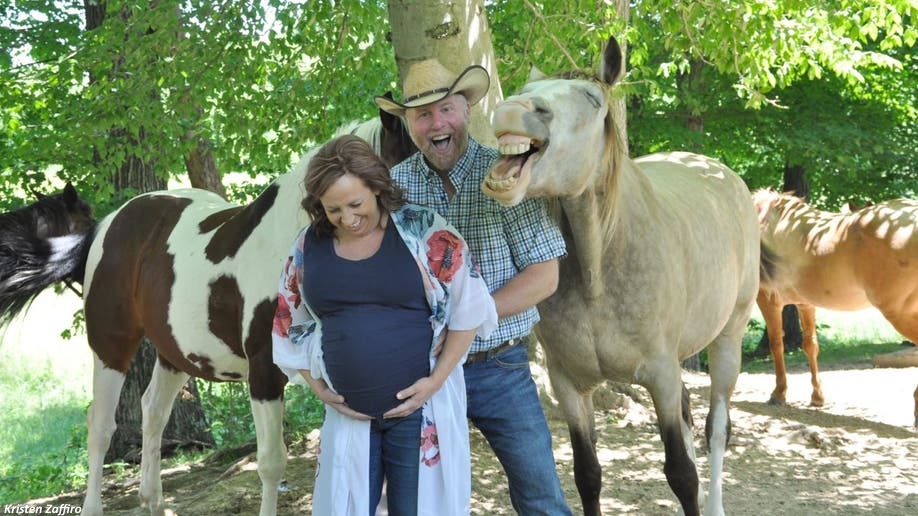 After seeing what’s so funny, Buckshot tilted his head back and laughed.  The couple burst into laughter at the sight, and the photographer was able to take the best shot of the whole photoshoot.

This special family photo shared by the artist on social media was shared 320,000 times.